Welcome to Sugar Top Resort, indeed a “One of a Kind “resort.

Sugar Top Resort was conceived by architects, engineers, planners and administrators from the Resort Investment Corp. and the developers US Capital of Columbia, SC.

Their dream of a 5-story wood and steel building, which would have covered pretty much the exact same square foot base as Sugar Top actually does today.

Early on, when the five-story building was still being considered, they realized that the building as originally planned, would not be able to withstand the clocked winds of over 160 miles per hour on the mountain. The original plans were substituted for the 10-story tower that stands today.

In early 1983, and before the resort was completed, there were 240 condos already sold, and 80 units that were to be added were still on the drawing board, already one fourth of those had also been sold.

October 19th, 1983 was the first day for new owners, and in four days, 160 people took possession of their condos. Sugar Top was being referred to as North Carolina’s Premiere Resort Locale. She was indeed an impressive High Rise perched on the ridge of the mountain, to be seen from all directions below.

Sugar Bear inside our Sugar Top lobby is also pleased to welcome you to his home, experience all the local activities, the cuisine and of course this beautiful “One of a Kind “Resort. 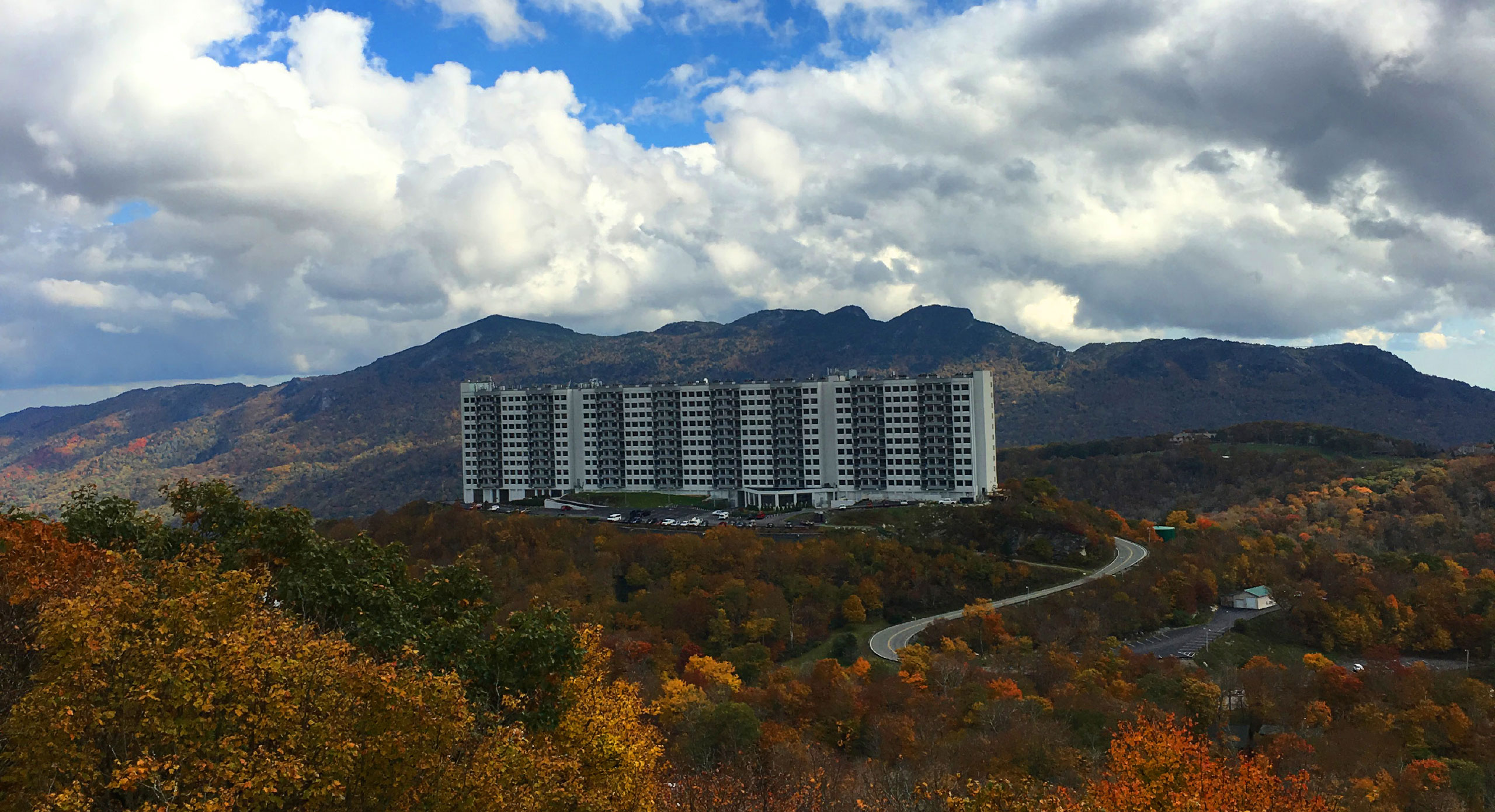 Enter your email address and we will send you a link to change your password.